Can it be Adrenal Fatigue? 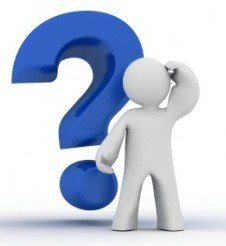 Adrenal Fatigue strikes up to 80 percent of adults, both men and women, during their lifetimes, yet it remains one of the most under-diagnosed illnesses in the United States.

“The adrenals are known as ‘the glands of stress,’” writes James Wilson in his book Adrenal Fatigue: The 21st Century Stress Syndrome. “It is their job to enable your body to deal with stress from every possible source, ranging from injury and disease to work and relationship problems. Your resiliency, energy, endurance and your very life all depend on their proper functioning.”

Your adrenal glands are each no bigger than a walnut and weigh less than a grape, yet are responsible for one of the most important functions in your body: managing stress.

When your adrenal glands are fatigued, a condition known as adrenal fatigue or adrenal exhaustion can develop and your entire body feels it and suffers from extreme exhaustion as well.

THE OPTIMAL FUNCTION OF YOUR ADRENAL GLANDS

Your body has two adrenal glands, located just above each of your kidneys. As part of your endocrine system, your adrenal glands secrete more than 50 hormones, many of which are essential for life and include:

Together, these hormones and others produced by your adrenal glands control such body functions as:

Ironically, although your adrenal glands are there, in large part, to help you cope with stress, too much of it is actually what causes their function to break down.

In other words, one of your adrenal glands most important tasks is to get your body ready for the “fight or flight” stress response, which means increasing adrenaline and other hormones.

As part of this response, your heart rate and blood pressure increase, your digestion slows, and your body becomes ready to face a potential threat or challenge.

While this response is necessary and good when it’s needed, many of us are constantly faced with stressors (work, environmental toxins, not enough sleep, worry, relationship problems and more) and therefore are in this “fight or flight” mode for far too long — much longer than was ever intended from a biological standpoint.

The result is that your adrenal glands, faced with excessive stress and burden, become overworked and fatigued.

Some common factors that put excess stress on your adrenals, causing adrenal fatigue are:

Classic signs and symptoms of adrenal fatigue include:

Additionally, people with adrenal fatigue often get a burst of energy around 6 p.m., followed by sleepiness at 9 p.m. or 10 p.m., which is often resisted. A “second wind” at 11 p.m. is then common, which often may keep you from falling asleep until 1 a.m.

Further, those with adrenal fatigue often also have abnormal blood sugar levels and mental disturbances, such as increased fears and anxiety, and rely on coffee, soda and other forms of caffeine to keep them going.

As the names implies, the most common symptom of adrenal fatigue is unrelenting fatigue, a feeling of being run down or not able to keep up with your daily demands. And because fatigue is such a common symptom, the syndrome is very often missed or misdiagnosed by physicians.

When your adrenal glands become depleted, it leads to a decrease in certain hormone levels, particularly cortisol. The deficiencies in certain adrenal hormones will vary with each case, ranging from mild to severe.

In its most extreme form, this is referred to as Addison’s disease, a condition that causes muscle weakness, weight loss, low blood pressure and low blood sugar, and can be life threatening.

Fortunately, only about four persons per 100,000 develop Addison’s disease, which is due to autoimmune disease in most cases but can also develop after very severe stress.

At the other end of the spectrum, as well as in between, lies adrenal fatigue (also known as hypoadrenia). Though the symptoms are less severe than in Addison’s disease, symptoms of adrenal fatigue can be debilitating.

Adding to the problem of misdiagnosis is the fact that doctors typically use an ACTH (adrenocorticotropic hormone) test to check for problems with your adrenal glands. However, the test only recognizes extreme underproduction or overproduction of hormone levels, as shown by the top and bottom 2 percent of a bell curve. Symptoms of adrenal malfunction, meanwhile, occur after 15 percent of the mean on both sides of the curve. So your adrenal glands could be functioning 20 percent below the mean, and your body experiencing symptoms of adrenal fatigue, and the standard test won’t recognize it.

The test that will recognize adrenal fatigue, in all of its stages, is a salivary cortisol test. If you suspect you have adrenal fatigue a knowledgeable natural health care provider can help you with diagnosis and treatment.

Natural, and Simple, Steps to Recover From Adrenal Fatigue

It takes time to burnout your adrenal glands, and as you might suspect it also takes some time to recover. You can expect:

The good news is that natural treatments are very effective for this syndrome, and with time, and patience it is possible to recover.

You may also want to see a Primary Care Facility that is well versed in bioidentical hormone replacement, and get tested to see if you could benefit from the use of DHEA. DHEA is a natural steroid and precursor hormone produced by the adrenals, and levels are often very low in people with adrenal fatigue. Keep in mind, of course, that DHEA is not a quick cure, and should not be used as a sole treatment.

Treating adrenal fatigue requires a whole-body approach, one that addresses the excess stress and unhealthy lifestyle habits that wore out your adrenals in the first place.

Interestingly the very first step in normalizing sex hormones, either male or female, is to first address the adrenal hormone system. For example if you were to only measure female hormones and then replace them with bioidentical hormone therapy, you will virtually be guaranteed to fail because the weakened adrenals will never allow the hormones to equilibrate properly.

Because your adrenal health is so important to your overall health and well-being, we highly recommend you work with a knowledgeable natural health care practitioner to find out if you have adrenal fatigue and then remedy it.

If you need help with adrenal fatigue or any other health issues…
We are here to help! 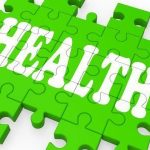