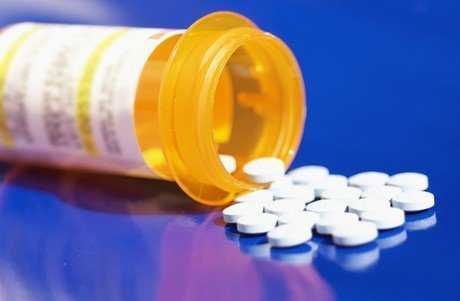 Dr. Sharon Hertz, director of new anesthesia, analgesia and addiction products for the FDA, said studies by Purdue Pharma of Stamford, Connecticut, which manufactures the drug, “supported a new pediatric indication for OxyContin in patients 11 to 16 years old and provided prescribers with helpful information about the use of OxyContin in pediatric patients.”

OxyContin is a long-release version of oxycodone, an opioid that acts on the brain like heroin and is intended for only the most severe and chronic pain cases.

Because oxycodone and other opioids are extremely powerful and highly addictive, they’re very tightly regulated — and very popular with addicts and pill pushers, as the OxyContin Addiction is VERY STRONG!

Hertz said the FDA was putting strict limits on the use of OxyContin in children. Unlike adults, children must already have shown that they can handle the drug by tolerating a minimum dose equal to 20 milligrams of Oxycodone for five consecutive days, she said. Although these “limits” seem to sound innocent, if you ask anyone that has become addicted to OxyContin, they never thought they would be addicted from the “low dosage” prescribed from their doctors.

“We are always concerned about the safety of our children, particularly when they are ill and require medications and when they are in pain,” she said. “OxyContin is not intended to be the first opioid drug used in pediatric patients, but the data show that changing from another opioid drug to OxyContin is safe if done properly.”

Top  ten warning signs to watch for if you think someone you know may be experiencing an OxyContin Addiction: 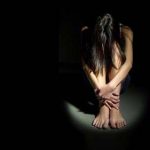 1. Usage increase: increase of one’s dose over time, as a result of growing tolerant to the drug and needing more to get the same effect.

2. Change in personality: shifts in energy, mood, and concentration as a result of everyday responsibilities becoming secondary to the need for the drug.

4. Ongoing use: continued use of painkillers after the medical condition they were meant to relieve has improved.

9. Blackouts and forgetfulness: forgetting events that have taken place and experiencing blackouts.

10. Defensiveness: becoming defensive and lashing out in response to simple questions in an attempt to hide a drug dependency, if users feel their secret is being discovered.

OxyContin is the brand name for a timed-release formula ofoxycodone, a narcotic analgesic (medication that reduces pain). It’s used to relieve pain from injuries, arthritis, cancer, and other conditions. Oxycodone, a morphine-like drug, is found along with non-narcotic analgesics in a number of prescription drugs, such as Percodan(oxycodone and aspirin) and Percocet (oxycodone and acetaminophen).

Overdose deaths can occur due to respiratory suppression, especially when oxycodone or any opiate is combined with another drug that suppresses respiration, like another opiate, benzodiazepines or alcohol.

If a person is unable to get his (or her) usual dose of oxycodone, they will begin to suffer from withdrawal symptoms from OxyContin Addiction. They will be restless, agitated and sweaty. They’ll suffer from muscle and bone pain, depression, diarrhea, chills, insomnia, vomiting and nausea.

. We created this video to let the victims of addiction, their friends and families know about THE MONSTER and the demons these addictions create for EVERYONE involved.
THE MONSTER  of OxyContin Addiction lives within people who are struggling with addictions but the “real message” here is…

We are here to help!
BeFree from THE MONSTER of your OxyContin Addiction